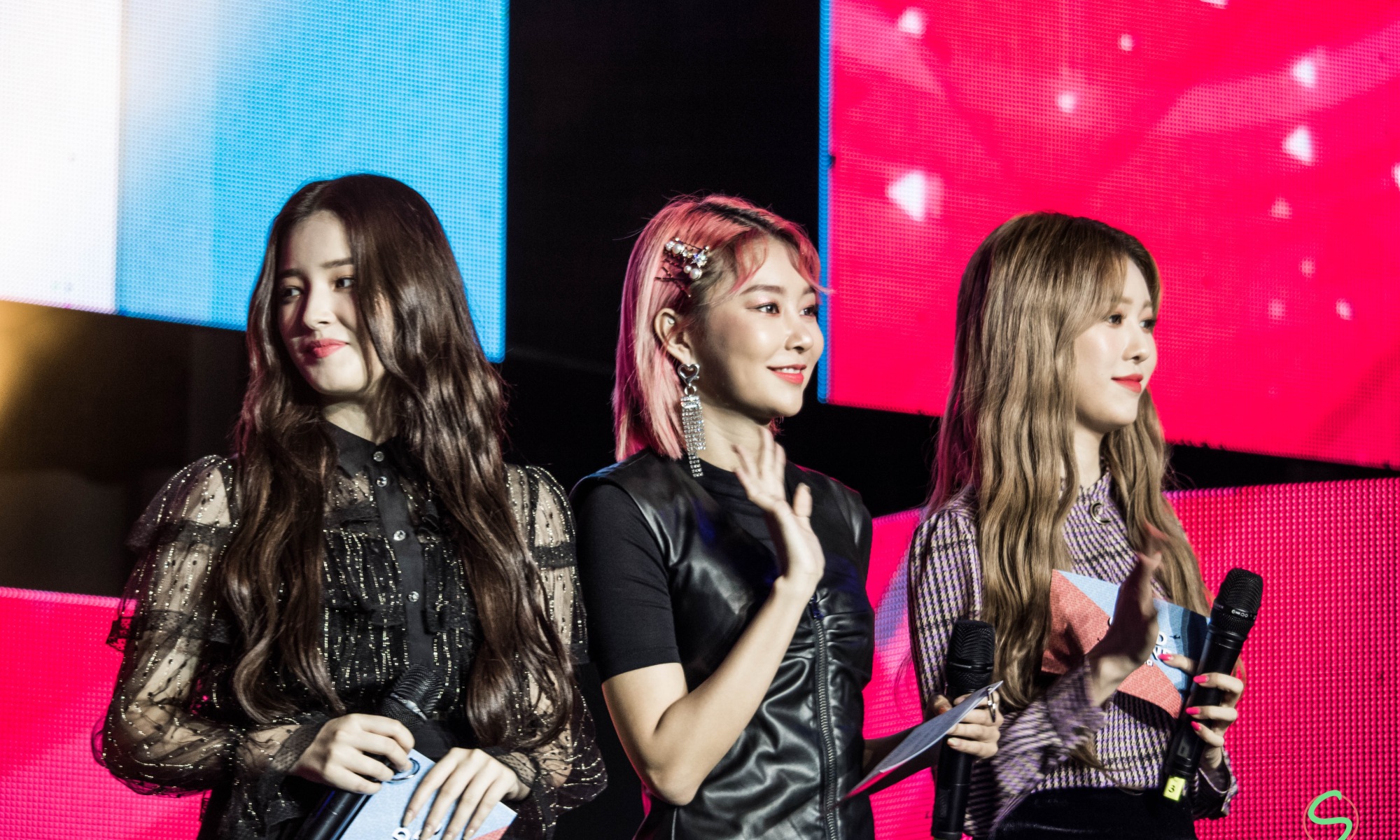 Filipino fans had a great night last October 5 with former wanna one members Ha Sungwoon & Kim Jaehwan together with the six members of the girl group Momoland.

Ha Sungwoon flew like a bird for his opening performance. The singer showed off his undeniably charm and talent while performing his solo debut track ‘Bird’. Moreover, Filipino Ha:neuls expressed their love for sungwoon as he danced to ‘Tell Me I Love You’ a song from his album ‘My Moment’. Following that lovely performance, he displayed his charismatic side with the song ‘Riding’.

Loud cheers were heard inside the coliseum and it seemed like PH Ha:neuls missed him so much. Ha Sungwoon also performed ‘Blue Maze,’ ‘What are you doing?’ and his latest comeback song ‘Blue’.

Furthermore, he shared that a good friend for him must have a positive mindset. He also revealed that he wants to visit Tagaytay.

Following Sungwoon’s performances, Kim Jaehwan took the stage with a beautiful ballad song titled ‘Begin Again’ from his solo debut album. Jaehwan also performed ‘Blow Me’ that left everyone in awe. After that amazing performance, he then took the stage with a  Demi Lovato song ‘Sorry not Sorry’. He also performed ‘Black Sky,’ ‘Neighbors Know My Name,'(Originally by Trey) and Designer.

The 23-year-old idol said that he is planning to release a new album. When he was asked about his appearance on Momoland’s M/V Freeze he confessed that it was very memorable for him. He added that he might reconsider to be an actor but as of now he wants to focus more on his singing career.

The girls took the merries away from city life with the song ‘Holiday’ and ‘Wonderful Love’. Following that awesome set of songs Momoland performed their latest hit songs such as ‘I’m So Hot,’ ‘Baam,’ and of course one of their most popular songs here in the Philippines and also around the world ‘BBOOM BBOOM’.

Momoland ended their stage with an OPM classic ‘Salamat (Thank You)’ original by Yeng Constantino.

The earnings of Momoland from #GoodFriendsinMNL will be donated to the children of Antipolo City in the Philippines.

A very memorable night to each and everyone.  We are sure everyone had a good time with Ha Sungwoon, Kim Jaehwan and Momoland.

This event was made possible by DNM Entertainment.